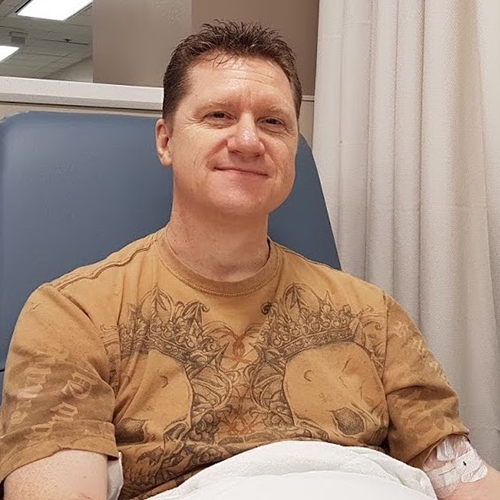 “Anxiety on the Rise as Cancer patients, suffering from debilitating emotional distress, wait over 85 days to be acknowledged by the Health Minister”

We are counting the days since Cancer patient Thomas Hartle has submitted his application for an exemption to section 56 (1), of the Controlled Drug and Substance Act to access psilocybin-assisted-therapy for his end-of-life distress, as a result of his incurable Cancer diagnosis.

“Psilocybin produced immediate, substantial, and sustained improvements in anxiety and depression and led to decreases in cancer-related demoralization and hopelessness, improved spiritual well being, and increased quality of life.” (Ross et al. 2016)

The “anxiety feels like dying, before dying”, Thomas shares with me over the phone as we discuss his increase in anxiety around being ignored by the Minister.

“While I am busy dying, I am having to jump through hoops to convince them (the government/ Patty Hajdu) that a treatment option that is 80% effective is good enough to try. Imagine if we had a cancer treatment that was that effective, but you were denied its use because it was not politically convenient.”

Thomas is a 52 year old loving father who cares for his two special needs children, with his wife of 25 years. In April of 2016, he got the devastating news that he had a rare form of Colon Cancer. After surgery and 12 rounds of chemotherapy treatment, he went into remission for 2.5 years. Just as he was settling into living a life without Cancer, August 2019 brought the devastating news that his Cancer had returned in full force, leaving him feeling hopeless in the face of an aggressive, stage 4 diagnosis.

“I can’t remember the last time I didn’t have a daily panic attack”, Hartle shares with me.

He opened up about his fears around the possibility that one of his 40+ colon tumors could rupture at any point, making the possibility of death a scary reality he faces every day. Even the slightest gastrointestinal discomfort, sends him into panic.

“I consider this (Psilocybin) necessary for my personal wellbeing”. There is “a constant dread of what comes next, not knowing if even the next cold I catch will overwhelm my compromised immune system”. So as Thomas opens up about what it feels like to live a day in the face of his rare form of incurable Colon Cancer, why is it that he, and others in the same position,  haven’t received an acknowledgement from the Health Minister after 85 days? “Some of us don’t have the time available to wait”.

Hartle came across the option of Psilocybin-therapy during his own search to find relief from the severe anxiety he experienced around his diagnosis. He has familiarized himself with the compelling studies conducted by John Hopkins University with Cancer patients, suffering from end-of-life distress.

This is the exact distress that sends Hartle into daily anxiety attacks and keeps him up at night. He is disappointed in the lack of respect that our Health Minister has shown the patients such as himself. Knowing that there is a treatment, with an 80% success rate in reducing if not eliminating his unbearable mental suffering, he feels that psilocybin’s illegal status is “bordering on criminal”. Patty’s lack of response to Thomas’s application adds frustration on top of his existing anxiety and distress.

So as Thomas, a father, a son, a husband and a brother, sits in the face of his reality and emotional suffering, he cares for his two dependent children; counting the days for even a simple acknowledgement from the Honorable Health Minister, Patty Hajdu.

Let’s take the politics out of this issue and get back to the human side of being a Health Minister. There is no acceptable reason that Thomas, or anyone else should have to wait over 85 days for a response to their application. Like all patients who are suffering from emotional distress over an incurable diagnosis, Thomas deserves the opportunity to live the remainder of his days feeling free of anxiety and experience the peace that Psilocybin-therapy shows promise to offer. As he shares, “Having terminal Cancer is a very difficult thing to go through, and anything you can find that will make that less difficult is a good thing.”

Shouldn’t everyone have the right to make a choice over their treatment, under these circumstances, without unacceptable delays? Just as prohibiting medical assistance in dying was once considered an arbitrary law as one that “exacts a constitutional price in terms of rights, without furthering the public good that is said to be the object of the law” (“Legislative Background”), not responding to a patient such as Thomas (who would like the option to “Live”, free of his emotional suffering), is completely unconstitutional, under this same law.

Dr. Bruce Tobin Ph.D states “Canadians have now acknowledged patients’ “Right To Die” when faced with serious suffering at end-of-life. Surely, Canadians have a “Right To Try” a medicine that may help them want to live.”

“I would like to spend what time I have left building memories with my family, but instead, I’m spending my days dreading what might happen. Psilocybin won’t cure my cancer, but it could allow me to spend my days with the people I love, instead of spending it with my anxiety. How could the Minister stand in the way of that?” – Thomas Hartle