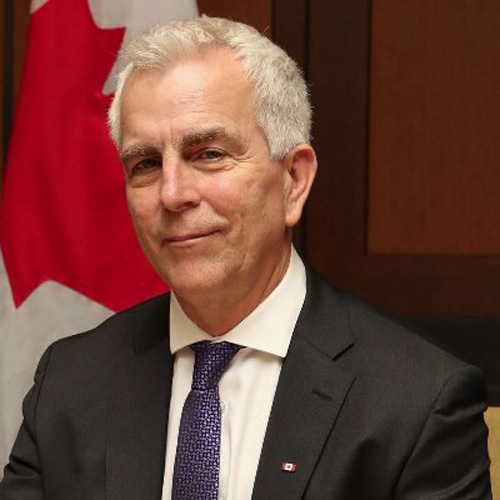 Note from TheraPsil: On July 15th, 2020, Thunder Bay MP, Marcus Powlowski, wrote an email to Minister Patty Hajdu urging her to expeditiously grant terminally ill patients access to psilocybin-therapy to treat their end of life distress. Today, July 21st, 2020, TheraPsil has received Marcus Powlowski’s blessing to share this email, publically. We are so grateful for the network of many Canadian MP’s who have lent their support to TheraPsil in our mission to obtain compassionate access to psilocybin therapy for 4 Canadians who are experiencing end-of-life distress. Marcus – we would like to extend a special thank you for allowing your support and advocacy of these patients to be made public. It is incredibly helpful and honorable. Today marks 90 days that Canadian’s have been waiting on a reply from Patty Hajdu in regards to their section 56 exemptions, and we are looking forward to her swift response.

I am writing to you to request you expeditiously grant terminally ill patients, suffering the existential terror of their approaching death, an exemption (pursuant to s.56 of Controlled Drugs and Substances Act) in order to use psychotropics (specifically Psilocybin or Magic Mushrooms), while under the supervision of a medical practitioner familiar with their use.

I know other MPs have also written to you about this and so you are likely familiar with this issue.  Evidence for the effectiveness of psychotropics in cancer patients goes back to the 1960’s and 70’s. More importantly however the usefulness of Psilocybin, for this purpose, is supported by two more recent randomized control trials (Griffiths et al., 2016, Grob et al., 2011).  The Griffith’s study is particularly persuasive given the overall rate of improvement of depression and anxiety amongst patients with a life-threatening cancer diagnosis was 78% and 83% respectively after 6 months.

I would also note that a paper, prepared for the Dutch government, published in the journal “Regulatory Toxicology and Pharmacology” looking at the harmful effects of magic mushrooms (Van Amsterdam et al 2011) concluded “[the] use of magic mushrooms is relatively safe as only few and relatively mild adverse effects have been reported”.

One of the few things in life that is worse than death is, perhaps, the fear of death, as experienced by those with a terminal diagnosis.  This is something hopefully none of us will ever have to face personally, and hopefully our children, and our other loved ones, will not ever have to face it either.  Unfortunately however it happens far more than we would like. In part perhaps because our modern ability to make diagnosis outstrips our ability to cure what we find.

For some people a belief in god, and an afterlife, may bring them solace but for those who do not have such faith there are really very few, if any, medical options.  Before Hedy, and later Dr Sullivan, told me about the use of psychotropic drugs in this scenario, I was unaware of this form of treatment.  I am very happy to hear that there actually is something that can help such people.

Given the depth of the suffering experienced by those who are terminally ill it seems extremely cruel to deny them the solace that these drugs may bring.  Furthermore it would seem, given the Carter decision, that denying such patients access to these drugs would violate their s.7 rights to life, liberty and security of the person. As such it would seem the law, prohibiting their use in such patients, is likely unconstitutional.

The Ministry should, of course, consider more lasting solutions than merely allowing a s.56 exemption.  Solutions that would allow researchers to investigate the use of such drugs and also other patients, such as those who are severely depressed, and unresponsive to other conventional forms of treatment, to benefit from these drugs.  However, the immediate and pressing issue is to allow those who are currently facing death, to perhaps benefit from these drugs.  I urge you to grant the s.56 exemption for these people as soon as possible.  I know such things take time but it would be a real shame if any of the people requesting the exemption, die before they are given the exemption.