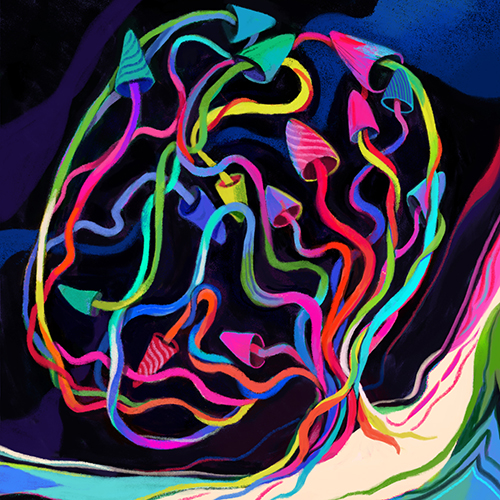 SIX YEARS AGO, on a late fall evening, I stood in front of a pinball machine, flummoxed. The game was space themed, with an elaborate UFO in the middle surrounded by a kaleidoscope of flashing lights. I was mesmerized, but I had no idea how to make it start. The machine’s coin slot and glowing buttons were suddenly indecipherable. Time felt like it had slowed to a crawl, and I became paranoid that the handful of people in the bar were staring at me, wondering what I was doing. It was then I realized that the magic mushrooms were kicking in.