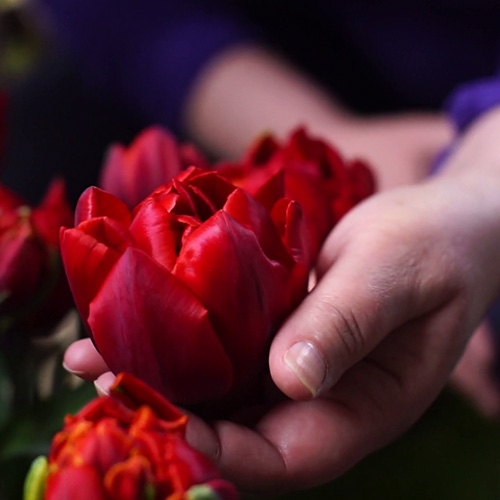 “It took all the strength and energy I had just to make it through the physical challenges. I couldn’t deal with all of the emotional trauma, grief, fear and anxiety, so I just pushed it all down deep inside” – Laurie Brooks (Cancer patient)

Laurie’s words send chills down my spine, as I write this very blog. The messages, insights and peace that Brooks gained from her experience are beyond measure.

Meet Cancer patient Laurie Brooks. Everyday Laurie wakes up to this exact reality. It was February 2018, when the mother of four children and wife of 32 years, was faced with the news that she has an aggressive form of Stage III, colon and rectal Cancer, Brooks openly shares with me.

To share in this experience as Brooks describes it, is like being privy to the inner workings of another human’s deepest desires and I write this with honour.

“One of the biggest gifts I was given that day was the ability to see my cancer as being in a box beside me on the floor. I know that it’s there, and sometimes I have to let the cancer out of the box, but for the most part I have been able to keep it there.”

Imagine you woke up one day and your entire life was turned upside down? The plans you had for your future may no longer even be a possibility. The family Christmases, dinners with your kids, their weddings, the birth of their own children, everything that you have prepared for to this point, you don’t know that you will even be alive to experience. Your days are now filled with appointments, aggressive chemical therapies that make you feel so sick and leave you unable to eat. The fear and anguish you would experience over being told that you may have 6 months to a year to live, after learning of your aggressive Stage III Cancer diagnosis. 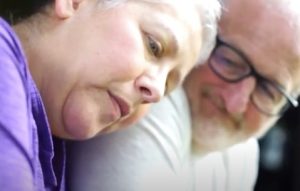 After a long year of chemotherapy and radiation therapies, her test results showed that her Cancer was gone. “I just started to feel like life was getting back to normal, when I noticed a few things that didn’t seem quite right”. As if living in the face of her own real life nightmare, after more testing Laurie received the devastating news in August 2019 that her Cancer returned more aggressively than ever, leaving her with 6 months to a year to live. Even chemo and radiation would not be able to offer her any solace, this time. “Parenting was just starting to get exciting and I felt such a sense of loss for all of the things I was going to miss out on, both big and small. I was angry and terrified of what was ahead”, Brooks shares with me in a phone interview that left me feeling a deep sense of compassion for what she was going through.

As Laurie fell into the depths of her grief, she had no choice but to succumb to her circumstance. It wasn’t until her friend and therapist shared with her the effectiveness that psilocybin-assisted-therapy studies have offered Cancer patients suffering from the same unbearable emotional distress, that Laurie began to feel a glimpse of hope.

“Psilocybin produced large and significant decreases in clinician-rated and self-rated measures of depression, anxiety or mood disturbance, and increases in measures of quality of life, life meaning, death acceptance, and optimism. These effects were sustained at 6 months.” (Griffiths et al. 2016)

Although this is an effective therapy that offers patients relief from their anxiety, depression and hopelessness, as a result of their diagnosis, it is considered “illegal”, despite multiple studies, showing compelling research. After doing some deep soul searching, Laurie decided to go underground to do psilocybin-assisted-therapy.  “I had never done any type of psychedelic drug before that day, so I had no idea of what to expect other than what my therapist told me may happen.” Brooks divulges. Going into the experience, Laurie set her intention of what she hoped to gain from it, “I wanted to be free to live authentically and not pretend anymore to be someone I’m not just to avoid hurt feelings or disappointment. I also wanted to know if there was an afterlife, or if this was it.”

Exactly what anyone who was given 6 months to one year to live would want to know. “My questions were answered plus, plus plus,” Brooks emphasizes. What an incredible feeling to have, after so much grief and suffering.
Brooks describes her experience on Psilocybin, in the most vivid and beautiful way. An experience that anyone facing death would be grateful to have. “I was in a beautiful park and my friend’s son, who had died in a car accident years before, was there holding my hand, pulling me along a path and kept saying “You have to see this, it’s so awesome! I saw my husband and kids around me. I saw more of who they were and what they meant to me. I felt love and warmth, knowing that I had family and friends who cared for me.”

Laurie no longer suffers with the same level of anxiety, depression or hopelessness that she once did. She can now manage any anxiety that comes up with ease and can work through all of the feelings of grief and loss instead of holding it inside. Conversations with family are now an open dialogue about life and death and the meaning they have in each other’s lives. What a beautiful way to enjoy the remainder of her life, in contrast to the despair she once felt.

How amazing would it be for someone suffering from an incurable diagnosis and is experiencing unbearable emotional distress, to be able to reach this same level of peace? 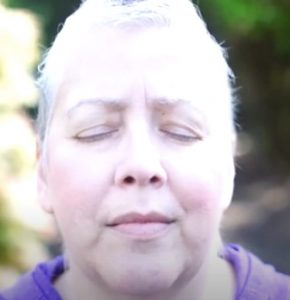 Now imagine that you are a patient diagnosed with an incurable diagnosis, given only 6 months to one year to live and suffering unbearable emotional distress, at the thought of your own imminent death. You submitted an application for an exemption to section 56 (1), of the Controlled Drug and Substance Act to the Honorable Health Minister, Paddy Hajdu, to gain access for psilocybin-assisted-therapy; which has been shown to reduce if not abolish anxiety, depression and demoralization around your diagnosis. It is Day 100, since your application was submitted and you have yet to even be acknowledged by our Health Minister, as the days go by and you continue to suffer. This is real life for patients, who remain waiting, without a response.

Laurie has shared her own testimonial on how psilocybin changed the way she views her diagnosis. Now she pleads for a response to her application to gain access to a therapy that works for her. “I am asking the Government of Canada for a special exemption to be able to use psilocybin again if I need it. I still feel the effects of my first experience nine months later, but I want to have permission to use it again.”

As we move into what feels like an inexcusable amount of time, to leave dying patients without even a simple acknowledgement, our Federal Health Minister continues to ignore the suffering of these patients.

“Do I have to be on death’s doorstep before she (Patty Hajdu) takes me seriously? We have the right to die in Canada, but what about the right to try? Dying isn’t that easy or quick, sometimes it’s a long process. Shouldn’t we be able to access the help we need to make our last days and months easier?” – Laurie Brooks